Can Bremelanotide be the answer to your sex life? 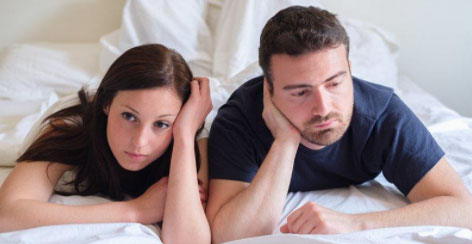 Can bremelanotide be the answer to your sex life?

What is sexual dysfunction and hypoactive sexual desire disorder?

Sexual dysfunction is defined as a group of sexual disorders, which include difficulties with desire, interest, arousal, orgasm, erectile dysfunction (ED), or pain (dyspareunia) that may result in personal and interpersonal distress, and impair overall health and quality of life.

Hypoactive sexual desire disorder is defined as the persistent or recurrent deficiency or absence of sexual fantasies or thoughts and desire for – or receptivity to – sexual activity.

Prevalence of sexual disorders in male and females

What factors lead to sexual disorders?

A multitude of factors have been identified that contribute to sexual disorders, including biologic, psychologic, and social components.

From a biological standpoint research shows it may be caused by an imbalance in the excitatory and inhibitory neural pathways in the prefrontal cortex and limbic system implicated in human sexual response which leads to increased inhibition, decreased excitation, and diminished responsiveness to sexual cues.

Melanocortins have been identified as a key component in serving a role in sexual behaviors. Melanocortins collectively are made up of adrenocorticotropic hormone (ACTH), and α, β, and γ-melanocyte-stimulating hormones (α-, β-, γ-MSH). Together they target the melanocortin receptors, most importantly the melanocortin-4 receptor (MC-4R).

They are a group of peptide hormones and are directly associated with excitatory pathways and linked to appetitive sexual behavior.

PT-141 is a synthetic peptide analog of α-melanocyte-stimulating hormone (α-MSH) that acts as a melanocortin receptor agonist. It primarily exerts its effects by binding to the MC-4R. Unlike other sexual disorder drugs such as PDE-4 inhibitors (i.e. Sildenafil) it has a its own unique mechanism. 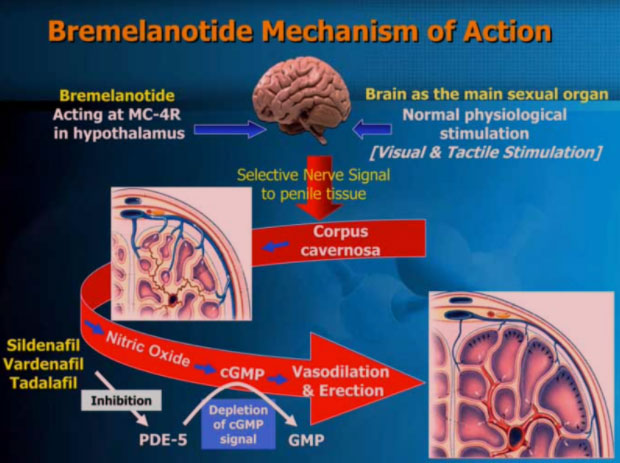 What this means for you?

Due to the fact PT-141 works through the melanocortin receptors this allows the medication to work for both male and females; whether that be for sexual arousal disorders or erectile dysfunction that stem from causes other than just reduced blood flow to the genital area.

In regards to male’s, erectile response induced by PT-141 was statistically significant. It can potentially be an alternative treatment option for patients without an adequate response to PDE5 inhibitors, which are the most commonly used medications treating erectile dysfunction at this time.

If you have been experiencing sexual dysfunction without adequate relief using other viable treatments PT-141 could be your solution. Research thus far has shown to be very promising and our compounding pharmacy can work with your prescriber to see if the medication could be ideal for you.