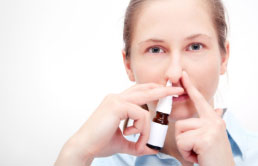 Ketamine is a drug currently approved by the FDA for use as a general anesthetic during minor surgical procedures such as biopsies. It is widely known as a recreational drug because of its ability to induce cognitive-dissociative, hallucinogenic, and euphoric states in humans. Recently, it has been implicated in research as a potential therapeutic agent in depression especially in patients who have failed previous standard therapies.

Standard pharmacologic therapies for depression take several weeks of treatment before patients experience relief. Ketamine is different in that it has been shown to reduce depression symptoms and suicidal ideation in as little as forty minutes. This is considered a potentially lifesaving breakthrough in the treatment of depression because ketamine can rapidly reduce symptoms, especially in emergency situations.

How does it work?

Who should (and shouldn’t) take ketamine?

Ketamine has not been approved by the FDA for treatment of depression. Although, because of new studies, psychiatrists have been prescribing ketamine “off-label” for patients who did not respond to selective serotonin reuptake inhibitors (SSRIs) such has Celexa (citalopram), Zoloft (sertraline), or Prozac (fluoxetine) for immediate treatment of symptoms.

Ketamine nasal sprays offer a quick and convenient way to administer ketamine for patients who need immediate relief, although they are currently not available commercially, so you will not find them at your local community pharmacy. Compounding pharmacies have the proper experience, equipment, and personnel to safely compound and customize this medication for you.