What is Bile Acid Diarrhea?

Bile acid diarrhea (BAD) can be described as diarrhea that is caused by an increase in the concentration of bile acids in the colon. Bile acids are normally created in the liver and are secreted in order to surround hydrophobic fat molecules and assist in their absorption in the small intestine. Normally, the process of enterohepatic recirculation allows for the reabsorption of bile acids in the ileum portion of the small intestine as well. 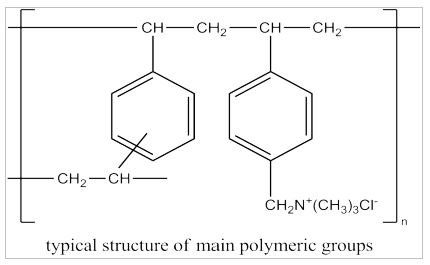 However, when this process fails (known as bile acid malabsorption [BAM]), the increased concentration of bile acids in the colon will result in an overactivation of adenylyl cyclase, leading to increased fluid and electrolyte secretion and accumulation in the colon, as well as increased colonic motility. Ultimately, this will increase the frequency of bowel movements and result in watery diarrhea. BAM can develop due to conditions resulting in ileal dysfunction, such as Crohn’s Disease or ileal resection surgery, or in conditions affecting absorption, such as chronic pancreatitis, celiac disease, or bacterial overgrowth in the small intestine.

Cholestyramine is a bile acid sequestering agent that was approved by the FDA for use in hyperlipidemia (high cholesterol). By forming a complex with bile acids that cannot be absorbed by the body, cholestyramine prevents recycling of bile acid through the process of enterohepatic recirculation. Due to this, the bile acids lost in the fecal matter need to be replaced. Since bile acids are created from cholesterol, this causes the overall cholesterol level to decrease.

The effect of cholestyramine to remove bile acids from the body is what is sought after in the treatment of BAD. Cholestyramine is commercially available as a powder for use as an oral suspension under the brand names Cholybar®, Locholest®, Locholest Light®, Prevalite®, Questran®, and Questran Light®.

In an open-label study published in 2013, thirteen patients with BAD were treated with cholestyramine at an average dose of 8 grams per day over an average period of 34.5 months. It was shown that cholestyramine resulted in a statistically significant decrease in both the number of stools each day and the number of loose stools during the treatment period.

In a study published in 1972, nine patients were treated for BAD following BAM due to ileal resection surgery. It was shown that treatment with cholestyramine decreased the frequency and weight of bowel movements.

As a medication that is not absorbed, it is not surprising that the adverse effects of cholestyramine primarily affect the gastrointestinal tract. Some common side effects include bloating, dizziness, gas, headache, bloating, stomach pain and it may even cause diarrhea. These side effects should eventually subside as the body gets used to the medication. A rare side effect is black, tarry stools which may require medical attention.

It is important to note that since cholestyramine has effects on absorption, there are many significant drug-drug interactions that occur when taking this medication. To avoid this, it is recommended to take most medications 1-4 hours before cholestyramine or 4-6 hours after.

Unfortunately, some patients are unable to tolerate the preservatives, flavors, and especially the sugars associated with commercially available cholestyramine. Compounding pharmacies are able to produce preservative, flavor, and sugar-free cholestyramine specifically for these patients. Cholestyramine can also be compounded into capsules at the request of the patient, instead of the normal powder form for use as an oral suspension. 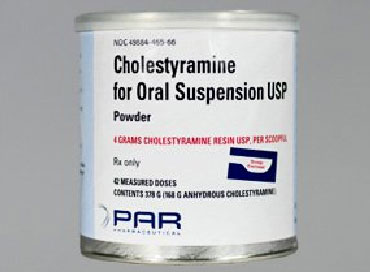