Hold The Hairline - Dutasteride vs. Finasteride for Hair Loss

Hold The Hairline - Dutasteride vs. Finasteride for Hair Loss 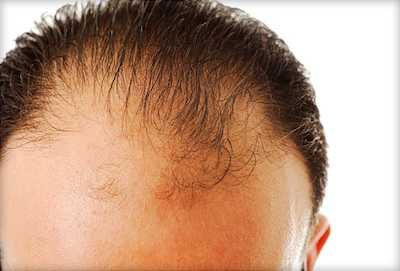 Androgenetic alopecia (AGA), also known as male pattern baldness, is the most common cause of hair loss in men, affecting about 80% of Caucasian males. It is characterized by hair follicles that gradually decrease in size, leading to baldness over time. AGA is usually the result of a genetic predisposition; however, evidence shows that the cause may also be androgen-related. Dihydrotestosterone (DHT) is the primary androgen involved in AGA and men affected by this condition will have increased serum concentrations of DHT.

Pharmacologic therapy aims at decreasing DHT levels and stimulating hair follicles through the use of 5-a reductase (5AR) inhibitors or topical minoxidil. The 5AR inhibitors finasteride (Proscar®, Propecia®) and dutasteride (Avodart®) are traditionally used to treat benign prostatic hyperplasia (BPH) and both require a prescription. While finasteride also has an FDA-approved indication for hair loss, dutasteride does not. Minoxidil is an antihypertensive that stimulates hair growth secondary to its vasodilatory effects and increased cutaneous blood flow. Topical minoxidil (Rogaine®) is also FDA-approved for hair loss and available over-the-counter.

The table below summarizes dosing, side effects, and counseling points for finasteride, dutasteride, and topical minoxidil.

How Do 5AR Inhibitors Work?

As mentioned above, finasteride and dutasteride are inhibitors of the enzyme 5-a reductase (5AR). This inhibits the conversion of testosterone to dihydrotestosterone (DHT), the androgen that primarily causes male pattern baldness.

There are 3 types of 5AR receptor isoenzymes, with type I and type II being significant in the treatment of AGA. Type I 5AR is the principle isoenzyme found in sebaceous glands, sweat glands, and the scalp, whereas type II 5AR is present in hair follicles and the prostate. The main difference between finasteride and dutasteride is that finasteride is selective for type II 5AR while dutasteride inhibits both type I and type II.

A 2014 study conducted over 29 weeks in 917 men with AGA found oral dutasteride to be more effective than finasteride for the treatment of hair loss. The men were randomized to receive dutasteride 0.02, 0.1, or 0.5 mg/day, finasteride 1 mg/day, or placebo. Dutasteride 0.5 mg was found to be superior to finasteride 1 mg at weeks 12 and 24 at increasing hair count. In the short-term, dutasteride appears to offer improved results compared with finasteride. However, long-term data is needed to confirm these results.

So should you run out and ask for dutasteride? Not necessarily. It is important to remember that both finasteride and dutasteride, although very rare, have potentially severe side effects.

Due to systemic and unsatisfactory side effects with oral finasteride, studies have been conducted comparing finasteride topical solution (0.25% and 0.5%) with oral finasteride 1 mg. The studies were small but showed a similar improvement in hair growth, with fewer side effects in the topical therapy groups. However, with its short half-life, low lipophilicity, and relatively low molecular weight, some systemic absorption appears to be unavoidable for some patients. There is also some thought that the high application frequency can lead to a saturation effect, which is responsible for systemic absorption.

The idea behind topical dutasteride is related to its chemical properties. The size of dutasteride molecules is larger than those of finasteride, make it more difficult to deliver as a topical agent. However, the large molecules may be advantageous for several reasons. First, large molecules make it difficult to get past the subcutaneous layer of the skin, which could prevent systemic absorption. Dutasteride is also more lipophilic (“greasy”) than finasteride, which could, in theory, help it remain on the skin longer. Unfortunately, no studies are currently published regarding the effectiveness of topical dutasteride.

Topical preparations are attractive options for patients that cannot tolerate side effects with oral therapy or simply do not want to take their chances. In general, topical products seem to result in fewer side effects compared to their oral counterparts. However, this is not set in stone and in some cases, topical products are still able to get into the bloodstream. Nevertheless, if equally effective, many would argue that topical is preferable.

If you suffer from AGA, talk to your healthcare provider about hair loss treatment options.