Naltrexone is often classified as an opiate antagonist. However, at low-doses, Naltrexone acts to inhibit certain inflammatory pathways, which involve Toll-Like Receptors (TLRs). Naltrexone’s traditional use is in treating addiction to opiate drugs, such as heroin or morphine, or to treat acute overdose of these opioids. The daily dose of Naltrexone used for this purpose is usually between 50 mg (moderate dose naltrexone) to 300mg (high dose Naltrexone). Similar levels of Naltrexone are using for acute dosing.

In the USA, Low-dose Naltrexone (LDN) has been used for the treatment of autoimmune diseases since 1985. Although LDN has used at low-dosages for many years by patients with autoimmune disorders, the occurrence of significant introductory-effects of LDN, as well as long-term side-effects of LDN, have not been extensively studied.

A widely-used LDN dosage protocol was first developed in the 1980s by the late Dr. Bernard Bihari, who was qualified in Neurology, Internal Medicine, and Psychiatry.

As of 2016, LDN is most commonly being used for Chronic Fatigue, Multiple Sclerosis, CFS/ ME, autoimmune thyroid diseases, and various cancers. Many autoimmune diseases seem to respond to LDN.

This is a wide range of diseases. Some Clinicians may find it difficult to accept that a single drug can have a positive effect on a wide range of pathologies. However, LDN is a known to be a potent antagonist to (a) certain opioid receptors, as well as (b) a wide range of inflammation-mediating Toll-Like Receptors (e.g. TLR4, TLR7/8/, TLR9).

Although having the same atomic-composition, the two chemical-isomers of Naltrexone have very different therapeutic activities. 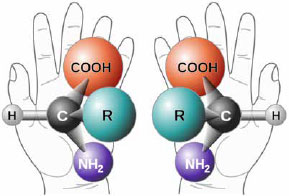 The DEXTRO (right-handed) version blocks receptors on immune cells. These include "Toll-Like Receptors" (TLRs), which are heavily involved in immunity. LDN is a potent antagonist of TLR-4, as well as an antagonist of TLR7/8 and TLR-9 (ref 10).

For clinicians interested in reading more about the pharmacology behind this, there is a published resource available here:
https://www.ldnresearchtrust.org/ldn-book

Summary of Mechanism of Action

Dextro-Naltrexone is an antagonist for at least one, if not more immune cells

Taking Naltrexone in larger doses of 50-300mg seems to negate the immunomodulatory effect by overwhelming the opioid receptors. The Naltrexone dose must be in the range of 0.5mg, usually maxing out its benefit at 4.5mg in clinical experience. However, some individuals experience positive clinical effects at lower doses, others at higher doses than 4.5mg.

Intrinsic Toxicity of the Drug

Naltrexone, in full doses of 50-300mg, has been shown to transiently increase liver enzymes. Patients being prescribed Naltrexone for addictions must have liver function tests performed before initiating therapy.

This is not necessary with LDN – as the dose is much smaller. However, patients with advanced liver failure should consult their General Practitioner (GP) before considering treatment.

Patients with renal or liver failure should only start treatment after a consultation with their own GP or specialist and should be monitored during the treatment initiation period. It is normal for people with poor renal or liver function to experience a transient elevation – but this usually resolves after a few weeks.